Many thanks to Diane over at the Black Author Showcase site for recognizing and uplifting my genre of choice this month. The feature spot includes a bio, story summaries and a thoughtful Q&A that I really enjoyed participating in.

If you get a chance, please take a few minutes to check it out.

Stefanie
www.stefanieworth.com
Posted by Unknown at 8:28 PM No comments:

Email ThisBlogThis!Share to TwitterShare to FacebookShare to Pinterest
Labels: Can You Believe, inspiration, paranormal, speculative fiction, stefanie worth, supernatural, The Holiday Inn, where souls collide, writing

Don’t get high on your own supply

The theme of this blog will be instantly recognized by any true Scarface fan. Remember when Tony Montana’s “business” was getting off the ground and someone admonished him, “Don’t get high on your own supply”? Well, we all know how that turned out, but the phrase took on new meaning for me several days ago when I trekked down to my basement office for a good night’s write and found. . . get this. . .a dead bird under my desk.

Oh, yeah. I was totally creeped out.

My mind immediately searched for myths, superstitions and old wives tales about birds. I knew the sayings were out there, but I couldn’t recall the substance of a single one, save for a deep sense of, “this probably doesn’t bode well.” It shook me so much that I, the Miss Independent New Millennium Do-It-Aller, called my husband down to dispose of the bird. He did it, but not without teasing me about it first. 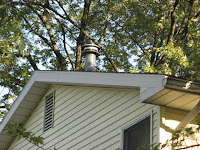 I took a deep breath, said a few prayers and then set about disinfecting the tiny circular area around the bird spot. We later scoured the basement for an entryway and found absolutely nothing. Weird.

The next morning, as I was leaving to take my daughter to school, my cat got to meowing like crazy and up from the basement flew a very flustered bird. We spent the next 15 minutes chasing it out of the house. The next day, there were two more birds flying around the house. We searched again and came to the conclusion that somehow (after all these years in this house) the birds must’ve gotten misdirected and flown into the chimney that now connects to the furnace. Eeek.

Unfortunately, though, the theory was confirmed when the cat got crazy again and led me to a tiny bird body that had apparently come down the chimney, through the connector pipe to the furnace and slid out. Unfortunately, the furnace must’ve been on when it made its trip. 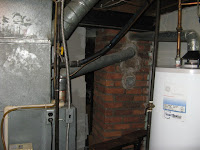 That was the last bird. And since then, I’ve settled down (mentally) over the whole ordeal. But, you know me: I write supernatural stories; reality-based tales with otherworldy twists. They are threaded with essence, spirit and unspoken occurrences. It’s the kind of stuff people whisper about and wonder if their best friend, co-worker or neighbor adheres to similar subconscious beliefs. Even I have never admitted to being superstitious.

Believing that any force other than God has control over our fate just doesn’t seem to jive with my very religious upbringing. Though I grew up as a devout Catholic – a religion rife with symbols, statues, beads, etc. – crossing the street because of the wrong-colored cat seems sacrilegious. Yet, I do note that the cat was black and that he crossed my path. I avoid splitting the pole when I walk with others, try not to step under ladders, don’t deliberately open my umbrella indoors, or place my purse on the floor unless there’s nowhere else to put it.

I am aware and open-minded regarding some other schools of thought on life and its happenings. That doesn’t mean I accept everything I know is out there, I just know alternate mindsets exist. If my mind wasn’t willing to explore these realms, Twilight Zone, Outer Limits, The Sixth Sense, Hancock, Blade, Anne Rice, Tananarive Due and Dean Koontz would hold no interest for me. But they do. And that’s why I write what I write.

My characters claim skills and abilities the rest of us may not have, but I also empower them to overcome their circumstances and themselves. My supernatural heroines learn to control their actions and their powers and become better people because of their gifts. Then the tale wraps up and we all move on to my next flight of fancy.

My stories reflect a personal belief that no one is entirely helpless against the universe. We are each granted the life tools we need to handle the situations we encounter: be that common sense, a specialized degree, a trusting friend or clever instinct. So, whether my “supply” is ample imagination, religious roots, or age-old superstition, I don’t allow any of these elements to hold me captive to beliefs or practices that sabotage my peace of mind.

The thought process may seem to contradict itself a bit, but really now: The worst splitting a pole does is just break up your conversation or hand holding for a second. Purses left on the floor have far less to do with being broke than not making enough money. And except for those creepy crows carrying the West Nile Virus, wayward winged creatures don’t herald death.

With condolences to the birds’ families, I don’t get high on my own supply, but I certainly do fly with the ideas.
Posted by Unknown at 5:25 PM 1 comment: