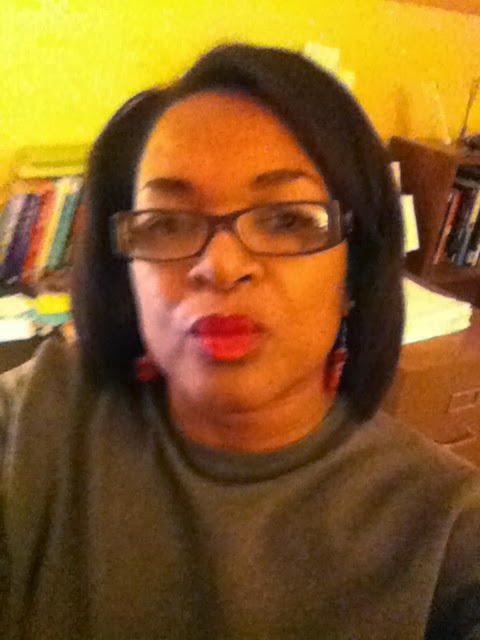 As writers, we spend an awful lot of time with "butts in chair, fingers on keyboard" -- as we should to meet word count goals and publishing deadlines. But you should also love your heart enough to get up 2-3 times an hour and walk around. Go get a glass of water (and drink it!). March in place for 60 seconds. Run up and down the stairs a couple of times.

Study after study continues to show that too much sitting has a negative effect on your health. I totally understand the importance of finishing that next scene. I've also seen the devastation of heart disease up close. And to know that 80 percent of all heart disease is preventable gives me all the more reason to get you off your butt today.

This red-lipped kissy face is for you and the 1100 women we lose to heart disease every day. Every day.

Love yourself. Love your heart.

I Go Red for my grandmother, my grandfather and myself. Who do you fight heart disease for?
Posted by Unknown at 8:21 PM No comments:

Photo excerpt from page 43 of Where Souls Collide. 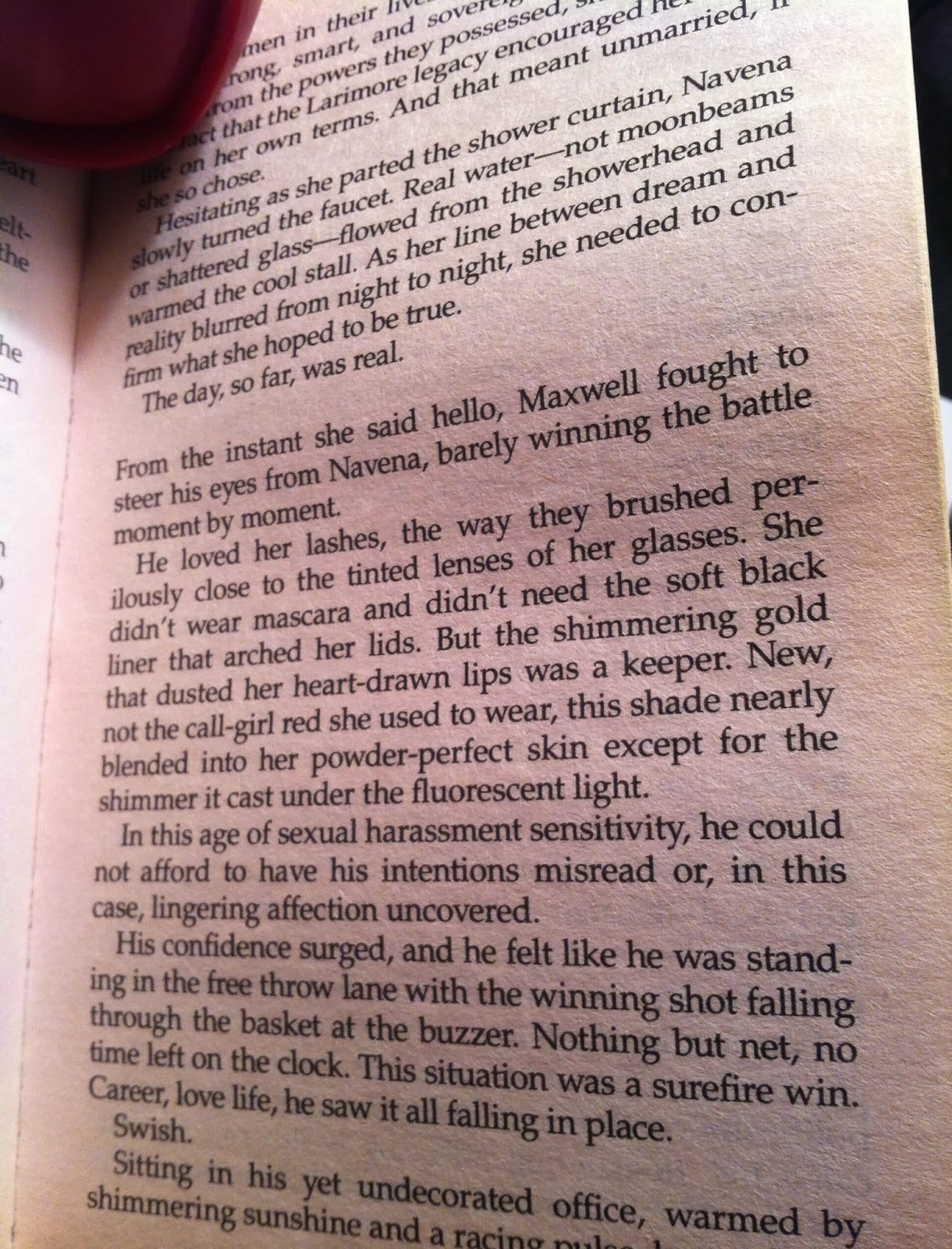 Sure, he wants her. But will he win her. . .
www.stefanieworth.com

PICTURE OF THE DAY: Books on the nightstand 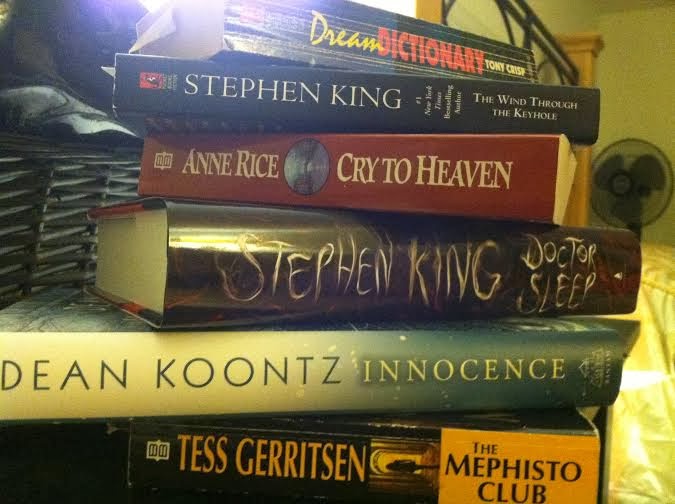 I have to-be-read piles all over the house: magazines in a basket under the window, research articles in my office, books by genre on the hallway bookshelves, an assortment of reading stuff in the family room, and (of course) the ever-present list in my head.

But this is the short stack on my nightstand -- part research, part pleasure, part test of nerves.

What's in your to-be-read pile?

Last night, I wrote an entire scene of dialogue. Just dialogue. That's not something I've done before and it's definitely not the way I usually write. But I really liked it.

I could say that's the approach I took because I was tired or I knew we had a big day at work today and I needed to shut down early. But truth is, I think the two characters in this scene were talking at me so much I could only quiet them by translating their conversation via keyboard -- with a quickness.

By not troubling myself with facial expressions, smells, gestures, sounds, setting, etc., I forced myself to get every word right in establishing the purpose of that scene and moving the plot forward. What they said to each other is crucial to the story. And because I pared down the writing to nothing but dialogue, they said what mattered in a way that will make it easy for me to go back and fill in the supporting cast of  facial expressions, smells, gestures, sounds, setting, etc.

I have to say that I like this bare bones approach. Every now and then (I confess), I've lost my writer's way along the road to creating a crisp night, or a steamy love scene. I finish what the characters are doing and lose the precious phrase between them that turned the action from right to left, from predictable to..."didn't see that coming!"

But not last night. Even as I re-read the scene, I know what they were doing because I chose active, vivid words that relay their pain and disappointment, their discovery and surprise.

It made me think of a movie I LOVE. Have you ever seen Closer with Julia Roberts, Clive Owen, Jude Law, and Natalie Portman? (Oscar-nominated, thank you.) That flick is a study in dialogue for me. I watched it over and over again when it was out years ago, and each time I felt compelled to rewind if I missed a single sentence. What they said mattered, word after word.

Which is how a book should be written.

It shouldn't be a string of 80,000 words, but a melody of 80,000 acoustic notes, so that when you say them aloud and the reader plays them through his/her brain, they ring authentic and emotional.

And when you miss a word -- the right word or turn of phrase -- the attentive reader knows that the conversation is out of key.

Whether or not I'll write tonight's scene as pure dialogue remains to be seen. It's early for me to hunker down. But already, I hear the heroine's voice pleading at me to not miss a single note -- uh, word. Seems she has more tunes via story to tell.

(Photos via Microsoft Clipart)
Posted by Unknown at 8:16 PM No comments:

You've probably seen that meme floating around the internet about how being a writer is like having hundreds (or thousands!) of tabs open in your browser. A little too accurate for me today, summed up like so:

Must. Write. Now.
'Cause scribbles in my head don't count.

But I'm distracted by

that let everything in.

So about those wishes...
Must. Write. Now.