In the weeks since my last post, my brother was diagnosed with cancer and I stopped writing. Some people can charge through life's curves by setting their keyboards afire. Not me. I admit. This kind of thing brings me to a screeching halt.

In the early weeks I actually felt guilty about even wanting to put my God-given talents to use on fiction. Surely I had better things to do with my time and talent. I guilted myself into a few fits and starts; days when I'd say, "Your WIP is calling..." or "Your characters miss you..." or "You're not waiting on some magical checkered flag to rev your engine are you?..." But really, my family and I needed each other desperately for those first 21 days or so.

Then I began to see glimmers of a new normal: I slept through the night and actually felt rested the next morning. I went a whole day without bursting into tears. (Though my heart still trembles out of nowhere several times a day...) My brother met a fellow cancer warrior who lifted his spirits and quieted ours. And then I knew that I could return to my back-burnered pages. 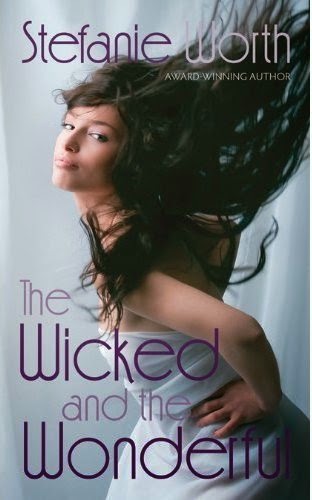 Can I admit that I had no idea where I was in my story when I went back? It's like leaving any book midway through and picking it up after a month. I had to backtrack, refresh, re-introduce myself to the people in those pages. Once I'd forgiven myself for attending to my life, the words began to flow.

This book itself has had more than its share of ups and downs. Originally slated for publication in 2011 (then re-scheduled a time or two), I wrote the bulk of the first draft while I was going through my divorce. I should have brought the manuscript to a screeching halt while I gathered my wits, but I didn't. I forged ahead.

When the edits came from my wonderful editor Monica Harris (God rest her soul), Dorchester went into bankruptcy and the rights to my unpublished book went into limbo. It would be two years before the company and my contract found a new home when Amazon bought my former publisher and I became a Montlake Romance author.

During that time, I reluctantly started another book. Monica passed away, my oldest son went off to grad school, I settled into singledom, and realized my original story now belonged to an author with a new mindset. My beautiful cover deserves to sandwich some pages. So late in 2013, I started that story -- The Wicked and the Wonderful -- again, in earnest. And then the cancer curve came.

Yesterday, I re-read the scene I left off on six weeks ago. After some editing (which I usually don't do while I'm writing), I even scribbled the first few paragraphs of the next scene on the back of a marked-up page. And today, I'm writing this post.

I won't bother typing in yesterday's changes. I'll put those pages into the draft binder with the rest of the manuscript's pages and move on to the next square in my plot chart. I'm looking forward to the villain and the heroine meeting up ahead. I hear their words and I have found my smile.

Being back is good.
Posted by Unknown at 1:19 AM No comments: